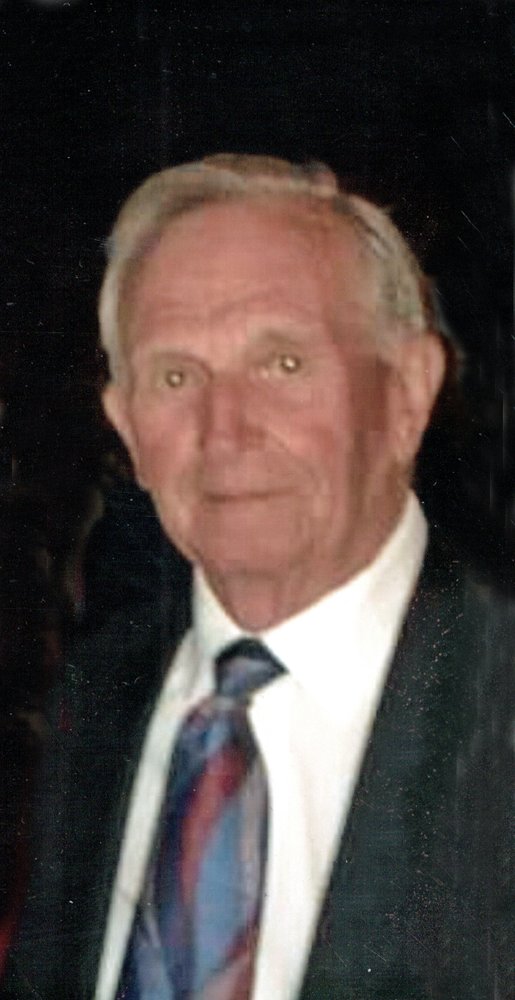 Robert J. Patterson, a retired mechanic and antique car enthusiast, passed away peacefully at his home with his family at his bedside on Saturday night, July 31, 2021.  He was 91 years old.  Robert was born and raised in Placentia, Newfoundland Canada.  He was one of six children born to Michael and Mary Patterson.  It was a small community with several thousand residents and there were limited opportunities for work.  So, at the age of 19, he was sponsored by his cousin, James Grace, and he immigrated to the United States.  He later joined the National Guard 101st infantry in Cambridge to support his new country. He started with nothing and through an incredible work ethic provided his family with a loving home and countless opportunities.  He married his wife Mary (Kelly) Patterson in 1951 and they settled in Burlington in 1963. He worked for over 20 years as a member of the Teamsters Local 25.  During those years, he worked as a diesel mechanic at Old Colony Trucking, Schuster Express, and Mutrie Transportation keeping their fleets of trucks on the road.  After retiring from the Teamsters, he went to work for Publishers Book Bindery in Winchester for several years.  Bob’s work ethic was second to none.

Bob could fix almost anything.  He was the person family, friends, and neighbors called when they needed a helping hand.  And, he never said “no” when someone asked for help. He never needed a contractor, electrician, or plumber.  He did all his own work.  As soon as the snow started falling, Bob was out with his snowblower taking care of his driveway and many of his much younger neighbors’ driveways as well. He was just that kind, giving, loving man who was thankful for the gifts, talents, opportunities he had during his life and who wanted to share them with family and friends.  Bob also was a guitar player and singer who would play special songs for friends and family.

You could not talk about Bob and not mention his love for cars, especially antiques.  He was an amazing mechanic and kept his children, grandchildren, and friend’s cars running for long after most would have given up on them.  His modest garage/ workshop is where he spent most of his idle time.  He owned almost every tool available.  He was a member of the Northeast Classic Car Club in Framingham for many years.  During his lifetime, he restored a 1941 Packard, several Ford Thunderbirds, and Karman Ghia.  He did all the mechanical work, upholstery, and the body work himself, but left the painting to the professionals.  He received trophies at car shows for his collection.  He especially enjoyed the shows at Old Orchard Beach and Gloucester.   He loved the comradery of the other car enthusiasts, talking about the restorations, and helping others with their mechanical issues.

Bob was so proud and supportive to all his family.  It was never what they could do for him, but rather what could he do for them.  It was his way of showing how much everyone meant to him.  As a father, he always had his children’s back and was there whenever they needed a helping hand, guidance, or fatherly love.  He was so proud of his grandsons and the men they have become.  He was always there to support his grandsons in their schooling, sports, and activities.  He was a wonderful role model and someone who they admired.  He was a loving and devoted brother, uncle and friend.  Bob will be remembered as a hardworking, humble, and giving man who always thought of others first.

Bob was the husband of the late Mary (Kelly). He was the loving father of Robert & his wife Kathleen of Burlington and Nancy Moran of Burlington. He was the brother of Jack Patterson of Monroe, WA, James Patterson and his wife Karen of Burlington, Sister-in-law Marilyn Patterson of Billerica, several nieces and nephews, the late Michael, William, and Molly Patterson.  He was the proud grandfather of Sean Moran & his wife Amanda of Boston and Joseph Moran of Conway, SC and his companion Meaghan DiGiovanni. He was a longtime neighbor and special friend to Joanne, Rosemary, Bruce, Gary and Judy.

Memorials in Robert’s name may be made to Lahey Hospital & Medical Center Gift Processing, Office of Philanthropy, 330 Brookline Ave, Boston, MA 02215 or https://giving.laheyhealth.org/