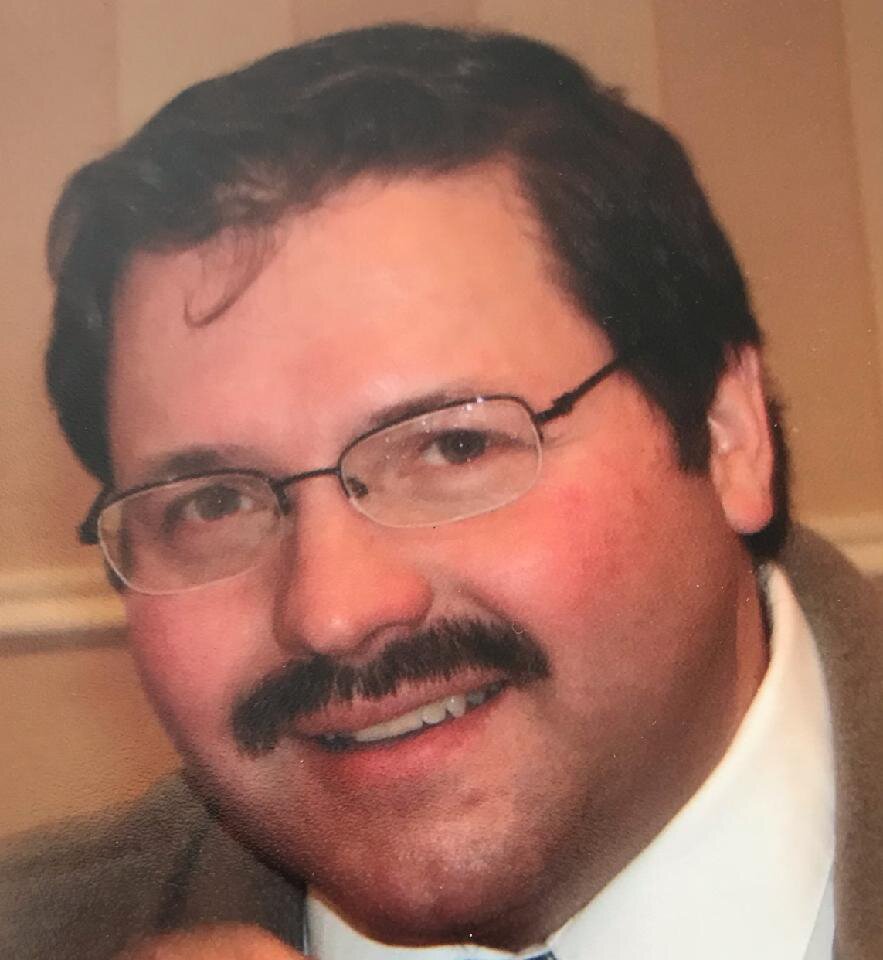 Click the link above to be connected to a live-stream of the funeral service.  Live-stream will be available a few minutes before noon, Tuesday, Oct. 5th.

Richard Fred Elliott, Jr. passed away at the Sawtelle Family Hospice House in Reading on Wednesday morning, September 29, 2021, following a courageous battle with cancer.  He was 61 years old.

Rick was born in Melrose. He was raised and educated in Stoneham and a 1978 graduate of Stoneham High School. Rick had a strong work ethic.   He worked as a typesetting machinist, Typographic House in Boston and was a member of the Boston Typographical Union.  Rick worked at as a Manager for International Polarizer in Marlborough for over 10 years.    He also worked in the security field and for the past 16 years had been employed as a Security Supervisor at MITRE Corporation in Bedford.

Rick would meet his future wife, Donna Sullivan, on a blind date the night before Super Bowl 20 in 1986.  They married on October 24, 1987 and made their home in Bedford.  Rick and Donna had a wonderful life together.  They enjoyed traveling to Sebago Lake in Maine, traveled cross country by car, took trips to visit Donna’s brother in Rhode Island, and enjoyed their timeshare in Delray Beach Florida.  Their most memorable trip was in 2013 when they spent three weeks traveling throughout Italy.

Rick had many interests and hobbies.  He took great pride in his garden with his specialty being his asparagus’ plants.  Rick was an expert skier both water and snow skiing.  He was a lifetime member of the Masons in   in North Reading and affiliated member of the Frank W. Thompson Lodge in Bedford.   Throughout his life he had an interest in trains. He was a lifetime member of the non-profit Friends of Bedford Depot Park that honors and preserves the railroad history.  Rick also had an interest in airplanes.  Living so close to Hanscom Air Force Base provided him the opportunity to watch airshows right in his own back yard!

Rick had a huge heart and a kind soul.  He was always there for others.  Rick and Donna welcomed Ricks parents into their home as their health declined and lovingly cared for them for over 7 years.  He was also always there for his in-laws, Dorothy and Charles.  Rick was a proud uncle to his nieces and nephews. He was not just their uncle; he was also their friend.   He never missed any of the important events in their lives.  Rick had a close relationship with his two brothers Don and Ken. They all shared many of the same interests and hobbies and enjoyed doing things together as a group.

Rick will be remembered as a happy man with a sunny disposition who had great love for his family and loved to cook.

Visiting hours will be held at the Edward V Sullivan Funeral Home, 43 Winn St., BURLINGTON on Monday, Oct. 4 from 4-7 p.m. during which a Masonic Service will be held at 6:45 p.m.   Funeral Services will be held at the Funeral Home on Tuesday, Oct. 5 at Noon.  Burial to follow in Ridgewood Cemetery, North Andover.  In lieu of flowers memorials in Rick’s name may be made to the Glioblastoma Foundation, PO Box 62066, Durham, NC 27715.  For directions, obituary, online guestbook and memorial video see www.sullivanfuneralhome.net