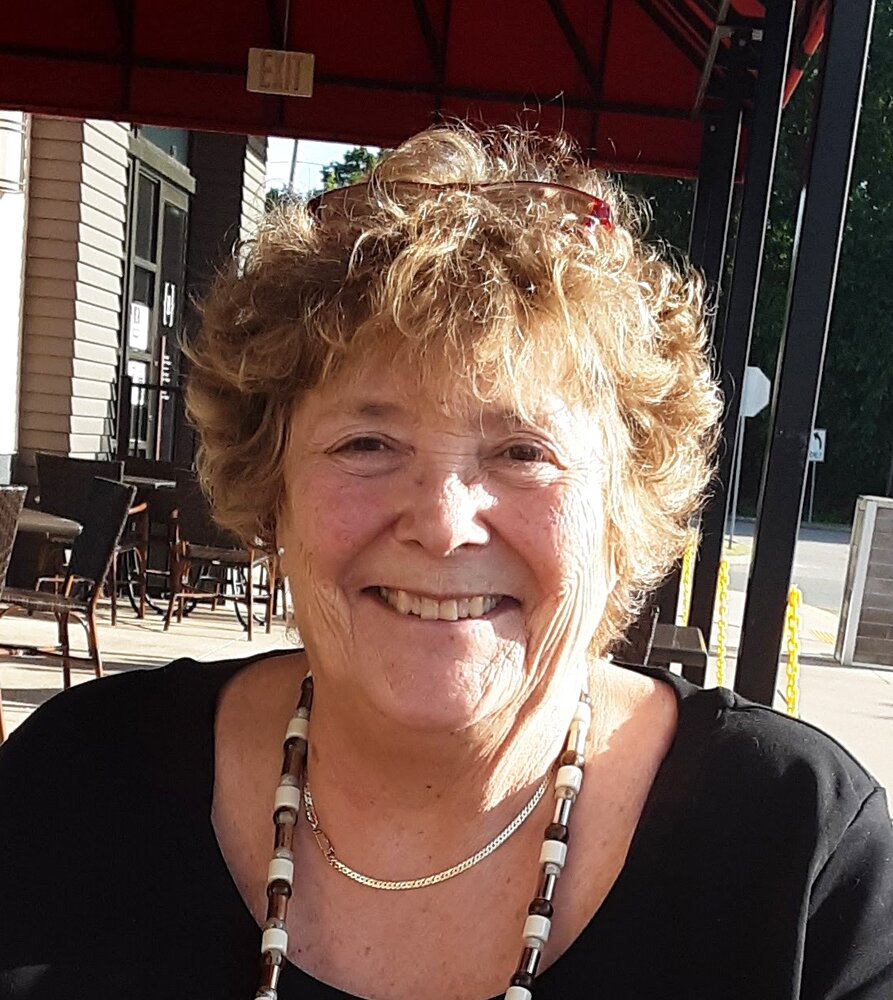 Click on this link on Saturday, October 16th at 3:00 PM to view the Memorial Service.

Gloria Elaine Langham passed away at the Lahey Hospital and Medical Center on Wednesday, October 6, 2021.  She was 73 years old.

Gloria was born and raised in England and the daughter of the late Christopher Henry Langham.  After her school education she had a successful career in the Advertising industry, moving from the United Kingdom to the United States but always kept in close contact with her family visiting them regularly, her devoted brother Chris, sister-in-law Wendy and their children Alex, Katie and Lucy.

Gloria eventually settled in Burlington where she met a close circle of friends that were her “American Family”.  Gloria joined a weekly flower design class at Given Erwin Florist over 7 years ago.  Even when she was going through treatment, she rarely missed a class. Though she made a beautiful floral arrangement every week, the real enjoyment for her came with conversation, laughter, food, and drinks. No topic was off limits. Her exotic world travels, taste for fine food and wine and her stories, peppered with very colorful language kept the TTT's in hysterics. A deep "sisterhood" of friends formed. Her adopted American family will miss her terribly.

Gloria spent most of her career working in advertising. She was a Media Director at Media and More.  One of her former colleagues remembered Gloria as a top tier manager, highly respected, fearless in a male dominated industry. She was a wonderful role model for many.  She worked steadily throughout her treatment, despite being very ill at times. She made a commitment to "carry on" with life, despite the obstacles thrown at her.

A visitation will be held at the Edward V Sullivan Funeral Home, 43 Winn St., Burlington on Saturday, Oct. 16 from 1:30 – 3 p.m.  Concluding with Funeral Services at 3 p.m.    A post funeral gathering will take place at Given Erwin Florist 165 Bedford Street, Suite 3 in Burlington, directly after the service.  All friends are welcome to come.

Share Your Memory of
Gloria
Upload Your Memory View All Memories
Be the first to upload a memory!
Share A Memory