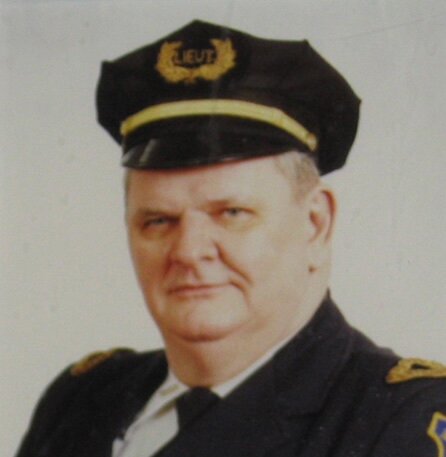 LINK to live-stream of funeral

The link (above) will bring you to our facebook page (sign-in is NOT required).  A live-stream of the funeral mass will begin shortly before 10am on Saturday, November 20th.

Hugh D. MacDonald, a Retired Lieutenant of the Waltham Police Department passed away peacefully at home with his family at his side on Tuesday morning, November 16, 2021.  He was 84 years old.  Hugh was born in Waltham.  He was one of three children born to Nova Scotian immigrants, John Angus and Rita MacDonald.  He grew up in Waltham and was educated at St. Charles School and Waltham High School.  He graduated 3 months early so he could enlist in the Army.  He served in the Army as a PFC from January of 1955 to January of 1958.

Upon his discharge from the military, he worked as a reservist for a year with the Waltham Police Department before getting a fulltime patrolman position in 1960.

Over the next 34 years he worked and rose to the rank of Lieutenant through hard work, education and devotion to his career, department and the residents of Waltham. Unlike many officers, he preferred working the evening and night shifts over the daytime.

He continually wanted to be a better officer and more knowledgeable in the law and thus his love affair with education.  He earned his Law Enforcement Degree from Massachusetts Bay Community College in 1975, but he did not stop there.  He earned a Sociology and Law Enforcement Degree from Boston State in 1977, a Master’s Degree in Criminal Justice from Anna Marie College in 1980, and earned his Law Degree from the Massachusetts School of Law in Andover in 1993. He was also a member of the Massachusetts Police Association. Following his retirement from the Waltham Police in 1994, he became an adjunct professor teaching criminal justice and ethics at the Western New England College to officers throughout the state who were seeking advanced degrees.  It was important to him to mentor and share his knowledge and experiences with others contributing to the profession he was so dedicated to.

He was a longtime member of the Waltham Triad Lodge A.F. & A.M and progressed to the position of Master of the Lodge in 1984.  He also was a member of the Shriner’s Aleppo Temple Shrine in Wilmington where he participated in the many charity events, socials, and their renowned Oriental Band where he played the muzet.  The band traveled all over New England and even as far as the Dominican Republic raising funds for the Shriner’s Burn Hospital in Boston.

Hugh was introduced to his future wife, Audrey Nelligan, by one of her cousins.  They were married in 1965 and settled in Burlington in 1969 where they started their family and raised their four children.  As a father, he tried to present a stern exterior, but he was entirely kind-hearted. He loved to have fun and the family trips to Bunganut Lake Campground in Maine has provided them a lifetime of stories filled with laughter and love.  He encouraged his children to get a good education, take responsibility for their actions, make good decisions, and to be strong role models for their children.  Hugh and Audrey had the opportunity to travel to destinations like Oklahoma, Georgia, Price Edward Island, Nova Scotia, Hawaii, Germany, and Italy when their children were grown.  The past few years have been a challenge with Hugh’s declining health, but that only strengthened the devotion for each other.  He had a great vocabulary, sense of humor, and was a terrific storyteller. He loved his role as  “Papa” to his 13 grandchildren.  In retirement, he spent more time with them, relished every moment, and was so proud of each one of them for their special gifts and abilities.  He will be remembered for his service to his country, community, and those in need as well as being a beloved husband, brother, father, and grandfather.

Hugh was the beloved husband of 56 years of Audrey (Nelligan) MacDonald.  He was the loving father of Debra Squillini & her husband Michael of Londonderry, NH, Hugh MacDonald & his wife Carol of Westford, Scott MacDonald & his wife Christina of Billerica, and Karen Waisnor & her husband Bill of Burlington. He was the devoted brother of Marie Hollohan of Maynard & her late husband Joseph and the late John MacDonald. Hugh was the proud “Papa” to Dominic, Anthony, & Liliana Squillini, Lachlan, Malcolm & Ainsley MacDonald,  Meadow MacDonald, and Taylor, MacKenzie, Billy, Audrey, Emerson, & Cole Waisnor.

Visiting hours will be held at the Edward V. Sullivan Funeral Home, 43 Winn St., Burlington on Friday, Nov. 19 from 4-8 p.m. Funeral from the Sullivan Funeral Home on Saturday, Nov. 20 at 9 a.m. Followed by a Mass of Christian Burial at St. Margaret Church in St. Veronica Parish, www.stveronicama.org, 111 Winn St., Burlington at 10 a.m. Services will conclude with a burial in Chestnut Hill Cemetery, Burlington.  Memorials in Hugh’s name may be made to Shriner Children’s (Boston) at https://www.shrinerschildrens.org/locations/boston  or the Waltham Police Relief Association at https://www.thewpra.com.

Share Your Memory of
Hugh
Upload Your Memory View All Memories
Be the first to upload a memory!
Share A Memory