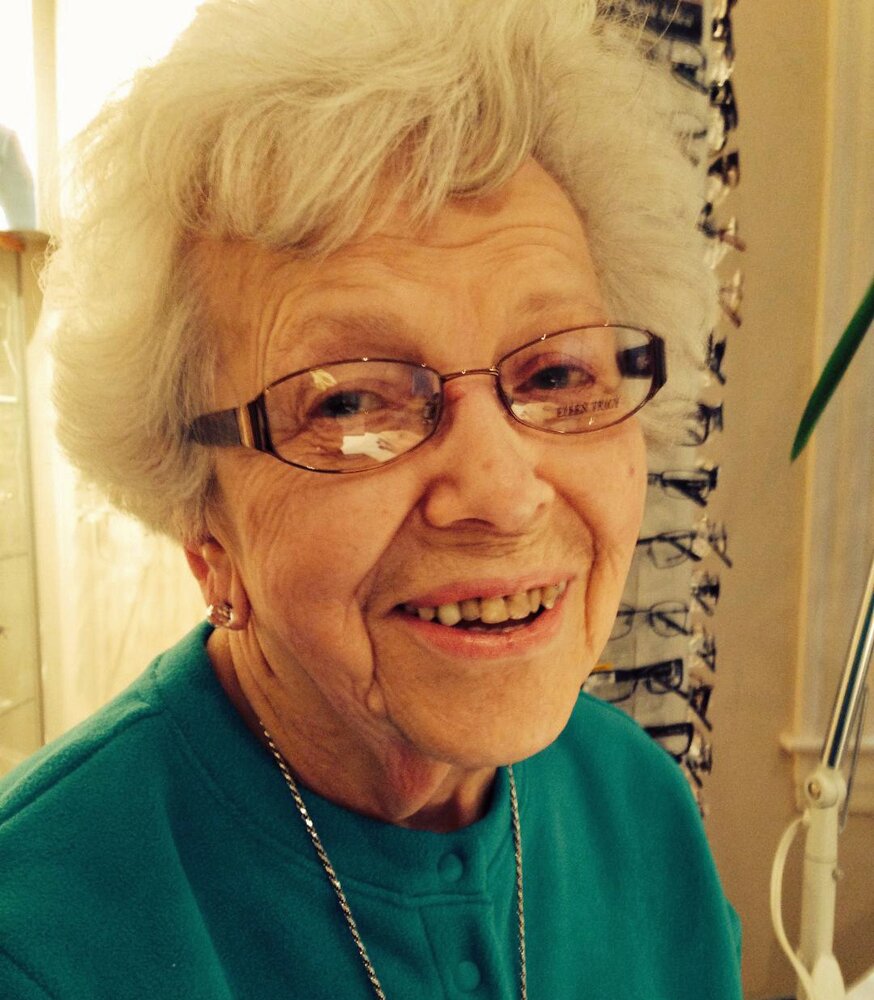 Harriet was born, raised, and educated in Cambridge. She was one of three children born to the late William and Veronica Matulewicz.   Harriet started working at Sears Credit Union in Brookline at a young age. She started as an assistant buyer and ended her career as the Treasurer after 45 years with the company.   It was while she was working at Sears that she would meet Ciro Pirello, a widower with five children.  They married in 1975 and lived in Everett and Malden before retiring to Centerville on Cape Cod.

Harriet was lovingly embraced by Ciro’s five children and their extended family.  She was an important part of her stepchildren’s lives, and they were so grateful that their dad met and married Harriet.  Harriet and Ciro had an amazing life together and were wonderful companions to each other.  Friday nights were dinner and dancing at the French Club in Everett.   Both devout Catholics they would start their day together by attending daily Mass and ended their day saying the rosary.

Harriet was a homebody.  She took great pride in her home and enjoyed cooking with polish food being her specialty.  Harriet was a bit of a fitness buff and went to the gym several times a week.  When she could no longer drive her family arranged for a trainer to come to her home so she could continue her workouts.    As her health began to decline, her family assisted her as she transitioned from her home on the Cape to her sisters home in Burlington, and then to Stonebridge in Burlington; and eventually to The Wolfeboro Bay Center in Wolfeboro, NH, along with her sister, Loretta Terenzoni.

Harriet was the beloved wife of the late Ciro F. Pirello.  She was the loving stepmother of Stephen Pirello & his wife Eleanor of NH, Robert Pirello & his wife Christina of PA, Carol Pirello and her husband Dale Hubbard of Stoneham, Dianne Mickela and her husband Barry of NH and the late Nancy Rosnov.  Grandmother of Stephen, Patricia, Sandra, Gianna, Alex, Elena, Matthew and Krista; and many great grandchildren. Beloved sister of the late Loretta Terenzoni and Benjamin Matulewicz.  She was also the loving aunt to Mark Terenzoni, Mary Anne Faria and Paul Matulewicz. A visitation will be held at the Edward V Sullivan Funeral Home, 43 Winn St., Burlington on Tuesday, Nov. 30 from 10:30 a.m. – 11:30 a.m.  Followed by a Mass of Christian Burial at St. Margaret Church in St. Veronica Parish, www.stveronicama.org, 111 Winn St., Burlington at Noon.  Burial to follow in Pine Haven Cemetery, Burlington.  In lieu of flowers memorials in Harriet’s name may be made to St. Jude’s Children Research Hospital, 262 Danny Thomas Place, Memphis, TN 38105 www.stjude.org

Share Your Memory of
Harriet
Upload Your Memory View All Memories
Be the first to upload a memory!