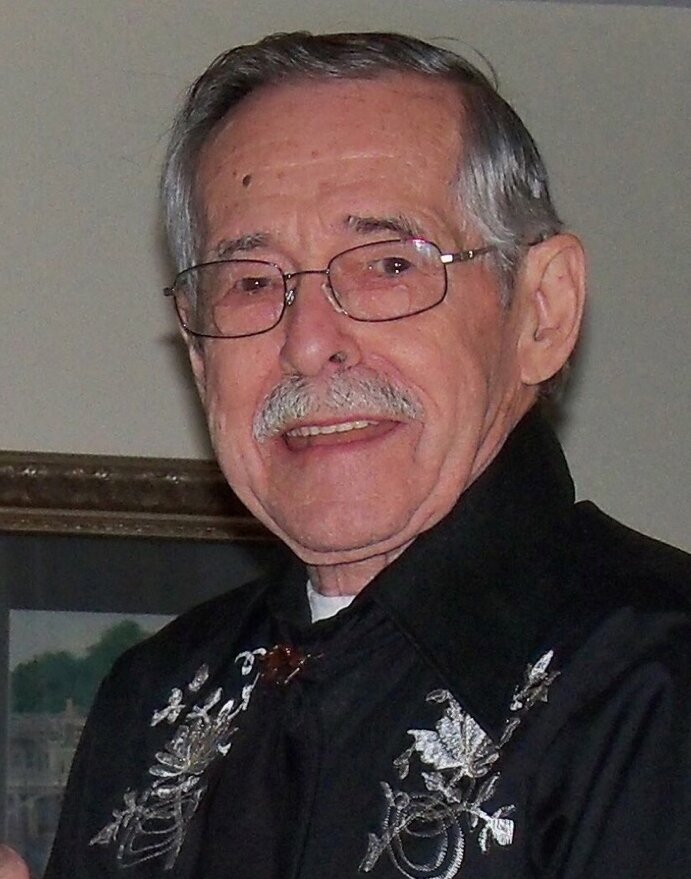 Please share a memory of Lawrence to include in a keepsake book for family and friends.
View Tribute Book

Lawrence George Moore passed away at the Aberjona Nursing Home in Winchester, following a brief illness, on Friday, January 21, 2022. The beloved husband of the late Betty Ann (Munson) he was 96 years old.

Lawrence was born and raised in Farmington, ME.  He was the son of the late Roland and Isabel Moore.  His mom passed away at a young age and when his dad remarried the family relocated to Portland, Maine for employment purposes.  It was through his stepsister that he would meet his future wife, Betty Ann Munson.  They married when Betty was just 17 and Lawrence was 21.  The briefly lived in Boston and in 1955, after having their first two children, they moved to Burlington purchasing a home on Lantern Lane.     Lantern Lane was a wonderful neighborhood to grow up with the neighbors being like families to each other.

Lawrence was an awesome husband and father.  It wasn’t about the monetary things in life for his family, instead he made sure that his children had fulfilled and fun childhoods.  There was a tree house in the back yardalong with a firepit, skating rink and go-carts.  The yard was filled with animals as well.  His daughters each had their own horse, in addition to rabbits and pigeons.  They took many camping trips with family and neighbors.  Many wonderful memories were made for the Moore family at their home!

Lawrence worked for Southworth Machines of Portland, Maine for three years and then worked for Symmons Industries of Braintree as a machinist for 56 years. He retired in 2021.  Lawrence worked hard to provide for his family and always had a second job including his own small machine shop in Burlington.    Lawrence was a handy man.  He took plumbing and electrical courses. He built his own jeep from scratch and proudly drove it in the Burlington July 4th Parade.

Betty and Lawrence had a wonderful marriage. They enjoyed square dancing.   During their retirement years they enjoyed taking their motor home cross country.  They visited Disney World, but their most memorable trip was to Nashville, visiting the Grand Ole Opry and hearing Johnny Cash sing!  Living such a full and active life gave Lawrence the ability to live independently up until the last few weeks of his life at the age of 96.

In lieu of flowers, memorials in Lawrence’s name may be made to your local animal shelter.

Share Your Memory of
Lawrence
Upload Your Memory View All Memories
Be the first to upload a memory!
Share A Memory