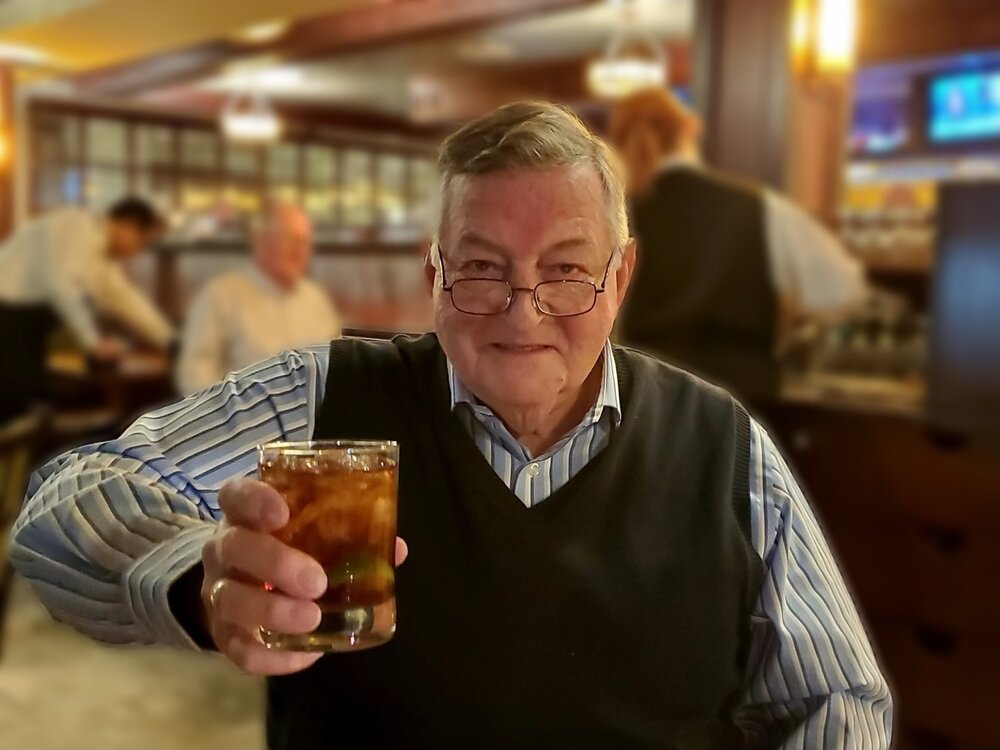 Please share a memory of Francis to include in a keepsake book for family and friends.
View Tribute Book

Link to live-stream of the Funeral Mass

Clicking on the link (above) will bring you to our facebook page (sign-in is NOT required).  A live-stream of the funeral mass will begin shortly before 10am on Monday, Feb. 7.

Francis W. Smith, a man who was devoted to his family and active in numerous organizations, passed away on Thursday, February 3, 2022.  He was 81 years old.  Frank was one of three children born to Winifred Marie and John Henry Smith, Jr.  His family resided in Chelsea until he was in the eighth grade. In 1954, they moved to Burlington, where Frank finished his education. He attended the Union School and graduated from Burlington High School in 1959.  Even though he moved away from Chelsea, he always kept a strong bond with his family and friends that still resided there.

On October 7, 1961, Frank married the love of his life, Theresa Hojlo. They made their home in Chelsea until 1969, when they moved to Burlington and built their home. Here they raised their four children, Maureen, Kathleen, Colleen, and Frank Jr.  Frank spent over 20 years working as a UPS driver, serving mainly Lexington and the surrounding communities. His part-time work at Michelson’s Shoe store in Lexington led him to a 42-year career in the business.  Frank’s outgoing and friendly personality made him a natural fit for the job. During those four plus decades, he served generations of families and made many friends throughout the community. Frank always had time to catch up with old friends and make new ones along the way.  He had an incredible gift for making each and every one he met feel special.

Frank’s life was always filled with activities and social events.  He was a member of several groups in Chelsea including the Irish Club, the Merritt’s Club and the French Club. Frank also enjoyed his time in the Arlington Men’s Club. He loved to sing and was a longtime member of the club’s choral group, the Singing Grandpops. Frank was a devout Catholic and lifelong member of St. Margaret’s Church in Burlington.  Additionally, he was a faithful associate of the Grey Nuns in Lexington, and a Fourth Degree Knight in the Knights of Columbus of both Burlington and Chelsea.

Frank was a devoted family man. He and his wife, Theresa, loved to travel with their family and friends. Family vacations centered around two favorite destinations: Walt Disney World and Lake Winnipesaukee.  He would pack his station wagon with all of his favorite people,  their luggage tied down on the roof, and away he would go. It was difficult to figure out who was having more fun… the kids or Frank.  There was also the annual family trip to the shores of Lake Winnipesaukee.  Frank was never far behind with his camera in hand, sure to capture each and every moment. He loved being a grandfather and great grandfather.  He was always his grandchildrens’ biggest fan, whether it be at a dancing recital or ball game. Some of his best times with his grandchildren were at the kitchen table on Pontos Ave, with a cup of tea, a piece of toast, and loving words. A giver of great hugs, warm hand squeezes, and many “I love you”s, Frank had a great sense of pride in his family and was never shy to show it.

Visiting hours will be held at the Edward V. Sullivan Funeral Home, 43 Winn Street, Burlington on Sunday, Feb. 6 from 3-6 p.m. Funeral from the Sullivan Funeral Home on Monday, Feb. 7 at 9 am, followed by a Mass of Christian Burial at St. Margaret Church in St. Veronica Parish at 10am. Services will conclude with a burial in Chestnut Hill Cemetery, Burlington.  Masks are required at all services.

Memorials in Frank’s name, may be made to the Alzheimer’s Association, www.alz.org, 309 Waverley Oaks Rd, Waltham, MA 02452.