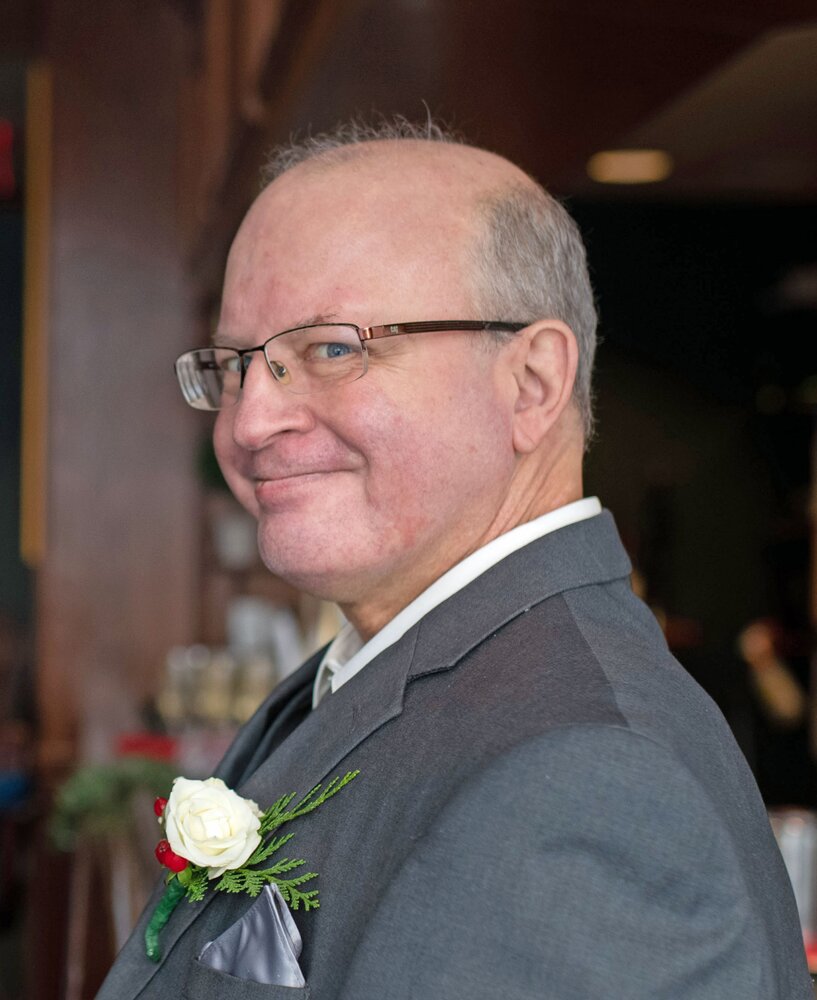 Please share a memory of David to include in a keepsake book for family and friends.
View Tribute Book

David Richard Wyatt passed away peacefully surrounded by loved ones on Monday, April 11, 2022.  He was 59 years old.

David was born and raised in Medford.  He was a 1980 graduate of Medford High School. After high school he went on to have a career working at UPS as a Driver for over 27 years.  David was well respected by his peers and upper management at UPS and received many awards including a Safe Driving Award.   David resided in Billerica for a time raising his two children Jonathan and Heather.  Upon his divorce David moved around throughout Massachusetts and New Hampshire before settling in Haverhill where he continued to co-parent.

He had many interests and hobbies.  David was an avid fisherman.  He enjoyed mostly saltwater fishing throughout New England and New York and has owned several boats. David frequented local lakes during the winter months to do a bit of ice fishing.  Clamming at the local beaches was another one of his hobbies. David loved to cook and would often take his catches home to clean up and make into a meal for loved ones.

David loved to socialize and made friends easily!  A night out Am. Vets singing karaoke was always a fun time if you were with David.  He was quick to make a friend anywhere he went and would bring them along with him to karaoke, fishing, to the beach, to go play a game of darts, or to just grab a drink at the bar after work to watch the game.

At home, David had a super green thumb and could grow just about anything. If you stepped out onto his apartment balcony there were strawberry plants, blueberry plants, vegetables, herbs – you name it, and he could grow it.  That nurture and care was also presided over any animal David came into contact with. A great lover of all, David had many cats throughout his lifetime that he treated as his additional children, specifically his current surviving fur babies Leo and Jasmine.

David was a wonderful, supportive and sarcastically funny dad  to his two children Jonathan and Heather.  He was always there for them and worked hard to make sure they did not want for anything growing up.  They cherished their Wednesday night dinners with dad and during their weekends with him he played video games with them, watched cartoons together, played sports, took them out with his buddies and would take them on his fishing trips.  He was very blessed to see his daughter Heather marry her high school sweetheart Stephen in December of 2020.

David will be remembered for his quick wit and his loving and caring personality. David was a fighter and always had a don’t quit attitude and perseverance that he instilled in his children.

In lieu of flowers, memorials in David’s name may be made to the Dana Farber Cancer Institute – Jimmy Fund www.danafarber.jimmyfund.org or the ASPCA www.secure.aspca.org