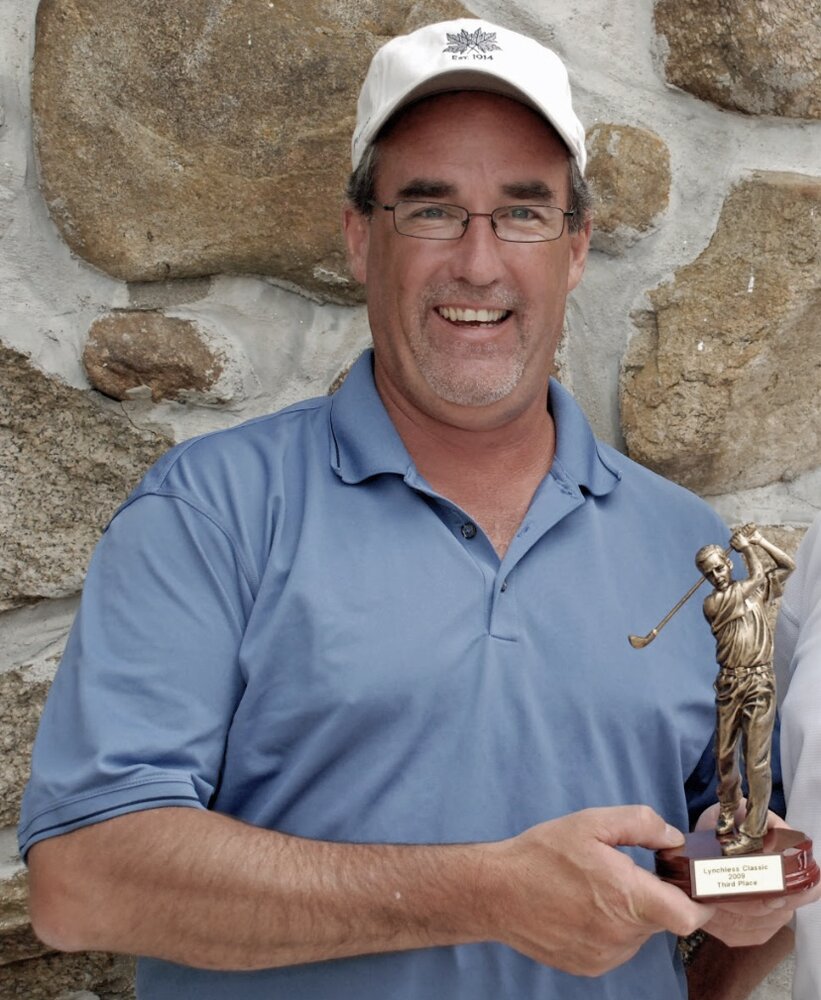 Get Directions
Wednesday
11
May

Get Directions
Wednesday
11
May

Peter James O’Neil, a loving husband, brother and father, passed away suddenly on Thursday May 5, 2022. He was 61 years old. Peter was born in Winchester and grew up in Watertown. He was one of seven children born to Richard James O’Neil and Edith Lillian (Kelly) O’Neil. He was also the identical twin brother of Paul, but Peter always had to let everyone know he was older by two minutes. With such a large family, the O’Neil home was always filled with commotion, excitement, and laughter.

Peter was all in when it came to his wife, Julie, and their three children, Lauren, Brian and Erin. For Peter, there were no regrets that he didn’t spend enough time with his children. He coached Lauren and Erin’s softball teams and Brian’s hockey teams. His coaching partners: John Murphy, Chris Sullivan, and John Clark were great friends who shared their love for sports with their players. Peter was always present at his children’s dance recitals, figure skating shows, school events, and any other activity or event that they participated in. He was a wonderful role model for his children and has given them endless memories filled with laughter and love. Peter had a wonderful marriage to his wife, Julie. They both came from big families in Watertown and knew each other growing up. Julie’s best friend Nancy,  who was dating, and later married, Peter’s brother, Chris, encouraged the two to go out on a date. Six years later they were married at Our Lady of the Assumption Church in Marshfield, had their first child, Lauren, in Arlington and then settled in Burlington to raise their family in 1997.

Peter was truly a special man. He was kind, helpful, generous, outgoing, loving, and had very strong values. His sudden passing leaves his family and friends speechless and with heavy hearts, but over time, the countless memories shared with Peter will keep his memory and spirit alive in their hearts and minds.

He was a 1978 graduate of Watertown High School and then furthered his education at Fitchburg State University where he studied Business. For the past 29 years, he has worked as an Account Manager for NorthEast Electrical Distributors, aka Eagle Electric. Peter sold “the brains for robots,” as he used to tell his children whenever they asked what he did for work. He considered his clients some of his closest friends. Peter’s passing is a loss for all of the NorthEast/Eagle family.

Peter accomplished quite a lot in his 61 years. He loved playing hockey in Watertown and continued to play with his friends as an adult. Peter, and his childhood friend group, joined the Woburn Elks, Post 908, as a gathering place to reminisce on old times, keep up to date on the goings on with their families, and play darts on Thursday nights. He was also an avid golfer. He was a founding member of the Lynchless Classic that has been played at the Maplewood Country Club in Bethlehem, NH since 1987. Peter also played in the Children’s Hospital Tournament for 18 straight years, and countless other charity tournaments around New England. When teamed up with his brother, Paul, they were the team to beat. Peter often won the long drive contest, while Paul is a whiz at chipping and putting. He loved playing with his brothers, children, nieces and nephews, friends and coworkers.

The O’Neil’s have had two cottages in Dennisport since 1967. It was the place where Peter, his siblings, and then their children, spent the summer for the past 5 decades. Days were spent at the beach or at the Pines and Highland Golf courses, and evenings were spent around the table playing games, laughing, and having fun.

Visiting hours will be held at the Edward V. Sullivan Funeral Home, 43 Winn St., Burlington on Tuesday, May 10 from 4-8pm. Funeral from the Sullivan Funeral Home on Wednesday at 9am, followed by a Mass of Christian Burial at St. Margaret Church in St. Veronica Parish, www.stveronicama.org, 111 Winn St., Burlington at 10am. Services will conclude with a burial in Watertown.

Memorials, in Peter’s name, may be made to the Burlington Hockey and Figure Skating Association, P.O. Box 444, Burlington, MA 01803.