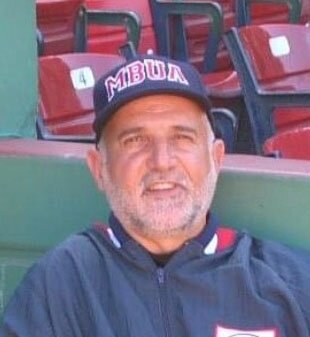 Get Directions
Friday
13
May

Obituary of Michael A Viggiano

Michael A. Viggiano, beloved husband, father, teacher, coach, and friend passed away unexpectedly on Saturday, May 7, 2022.  He was 71 years old.  Michael was born in East Boston.  He was the son of Mary and Albert Viggiano, and he grew up in the Jamaica Plain section of Boston.  He was a graduate of Boston Technical High School.  Over the years, Michael would further his passion for education by earning a bachelor’s degree from Boston State College & UMASS Boston and then his master’s degree from Northeastern University.  He worked nights for 15 years at the Boston Herald as a printer before becoming a teacher.  It was a decision he never regretted. He first taught at Weymouth High School and then Melrose High School before joining the Boston School Department.  He taught at Madison Park High School from 1993 to 2016.  He was a gifted and well-respected teacher by all.  Growing up in Jamaica Plain, he understood the many challenges students living in the City of Boston faced every day.  With that, Michael was extremely empathetic, could relate to his students, gave them a chance, and made learning fun.  He also appreciated the positive influence sports had on students.  He coached the Madison Park Varsity Baseball team during his teaching days and proudly saw his team win three City Championships.  Michael turned the MP Varsity Baseball team into a top competitor during his tenure as head coach.  He also coached Boys Soccer and Girls Junior Varsity Basketball.  He loved playing Bocce and organized Bocce tournaments for the school staff up until last October.  He truly cared for his students, wanted them to get a good education, have opportunities after school, and become responsible adults.  He made a difference in the lives of his students.  While not at school as a teacher or coach, he umpired baseball and softball games, refereed for basketball, football, and soccer for youth sports, high school sports, and adult leagues.  He coached his sons Little League teams as well.

Michael was a man dedicated to his family. He met the love of his life Ann Marie at a friends party in Woburn, MA and the rest is history. They married on June 18, 1983 and settled in Burlington in December of 1985.  They loved music, dancing, and lit up the room every time they went out. They had two memorable trips to Italy, vacations in Florida, and many day trips and week-long vacations spent on the shores of Gloucester.  Michael was a strong role model for his children.  He instilled in them strong values and an incredible work ethic.  They saw how one person could make a difference in others lives, that doing the right thing can bring joy to others as well as oneself, and that track suits never go out of style.  In his little free time, Michael loved to read action and adventure fictions novels, tend to the landscaping, and enjoy good food with good company.  Michael’s unexpected passing leaves his family, friends, former coworkers, students, and players with a deep void and heavy hearts.

Michael was a deeply happy man who lived an incredibly full life.

Michael was the loving husband of Ann Marie (Acquaviva) Viggiano. He was the loving father of Michael Viggiano and his fiancé Brittany Rogers of Woburn, MA and Laura Viggiano and her boyfriend Dylan Leone of Tewksbury, MA. Brother of Christine “Tina” Palermo and her husband Paul of Punta Gorda, FL and Barbara Smith and her husband Doug of Wilbraham, MA. Brother-in-law of Steven and Denise Acquaviva of Pepperell, MA, Lisa and Leo Blair of Harvard, MA, and the late Paul and Nancy Acquaviva. Proud uncle of Justin and Leah Acquaviva and Jordan and Olivia Blair.

Visiting hours will be held at the Edward V. Sullivan Funeral Home, 43 Winn St., Burlington, on Thursday, May 12th from 4-7 p.m. Funeral from the Sullivan Funeral Home on Friday, May 13th at 9 a.m. Followed by a Graveside Service at Pine Haven Cemetery, 84 Bedford St., Burlington at 10 a.m. Memorials in Michael’s name may be made to the Boston Educational Development Foundation, www.bedf.org, 7 Palmer Street, Second Floor, Boston, MA 02119.