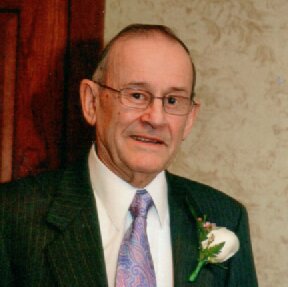 Get Directions
Friday
20
May

Get Directions
Friday
20
May

Clicking on the link above will bring you to our facebook page (sign-in is NOT required), to view a live-stream of the funeral service.  The live-stream will begin a few minutes before the service at 11:30 on Friday, May 20th.

Eugene “Gene” Deschene passed away peacefully in his home on Monday night, May 16 after a brief illness.  He was 92 years old.  Gene was born and raised in Lawrence. He was one of four children born to Edward and Diana Deschenes.  He enlisted in the Army in November of 1951. He earned the rank of Corporal and was a member of Company M. of the 14th Infantry Regiment.  Gene spent almost a year and a half deployed and was the recipient of the Korean Service Medal with 1 Bronze Service Star and the United Nations Service Medal.  He was honorably discharged in August of 1953.  He continued his support for the US Military, Veterans, and Active-Duty soldiers as a member of the American Legion Post 0462 in Boston.

Gene spent 38 years working at Baird Corporation. He enjoyed his time with the company where coworkers became close friends. Everybody liked Gene. Outside of work, Gene liked staying active and living a healthy lifestyle.  Bicycling was a big part of his life. Well into his 70’s, Gene would often be seen biking from Melrose to Burlington to visit Joyce.  Gene enjoyed working around the house, tending his yard, and maintaining his flower beds. He had made his home in Melrose for most of his adult life.

Everyone thought Gene was going to be a bachelor for life, but that all changed when he married Joyce Rinaldi, his friend for over 60 years. They married in 2013 when Gene was a youthful 82 years old.  They made a wonderful couple who brought joy to each other’s lives. Though he resisted it at first, Gene became an avid cruiser. Anybody who knows Gene knows that he loved gadgets, tinkering, and tools. He could fix and grow anything. Looking around the house and yard you’ll find weather stations, laser beams, custom made bird houses, sculpted bushes, and the most perfectly manicured gardens.

Gene was the much beloved uncle to his nieces and nephews and cherished being a part of their lives and family celebrations, events, and holidays. Gene had a great life.  He proudly served his country, loved his work, and was grateful for his family and friends.

Gene was the loving husband of Joyce (DeCarpis) Rinaldi of Burlington.  He was predeceased by his siblings, Lorraine Kimberling, Edmund Deschenes, and Lawrence Deschenes.  He was the stepfather of Paul & his wife Kerry Rinaldi of Hudson, NH, Gina DiRocco & her husband Carl of Reading and Lynne Rinaldi of Billerica.  Gene was also survived by a niece, nephews, grand nieces and nephews, and step-grandchildren.

Relatives and friends are invited to gather in honor of Gene’s life during visiting hours at the Edward V Sullivan Funeral Home, 43 Winn St., Burlington on Friday, May 20 from 10:00 – 11:30am. concluding with funeral services at 11:30am.  Interment, with military honors by the U. S. Army, will be held at Wildwood Cemetery in Wilmington immediately following the services.

In lieu of flowers, donations may be made to the Salvation Army www.salvationarmyusa.org.

Share Your Memory of
Eugene
Upload Your Memory View All Memories
Be the first to upload a memory!
Share A Memory