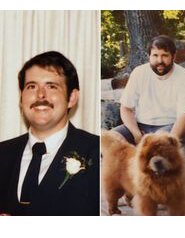 Gary W. Vincent of Dracut, passed away July 4, 2022. Gary was born on August 6, 1955, to parents Alta (Coulter) Vincent and Willis E. Vincent of Waltham. Gary leaves his sister, Karen Knowles and her husband Bill Knowles of Auburn, NH, and his nieces, Kelly Knowles of Manchester, NH and Sara Knowles and her partner Tim Mahony of Bedford, MA.

Gary graduated from Waltham High School in 1973 and earned his Electrical Engineering degree from Northeastern University in 1978. He was employed by RCA, GE and Raytheon before retiring in 2013.

Gary’s greatest love was singing and he belonged to many groups, including the Reagle Players, Sounds of Concord, and Voices of Hope. He also had a great love for his 3 ChowChow dogs, Kona, Sugar Bear and Whitney, which were like his children,
and his cats, Rocky, Xena, and Pumpkin.

Gary will be greatly missed at family dinners and game nights. His family will remember him for his quiet personality, and great sense of humor. Rest in peace.

Donations may be made in his name to cancer research.

Share Your Memory of
Gary
Upload Your Memory View All Memories
Be the first to upload a memory!
Share A Memory