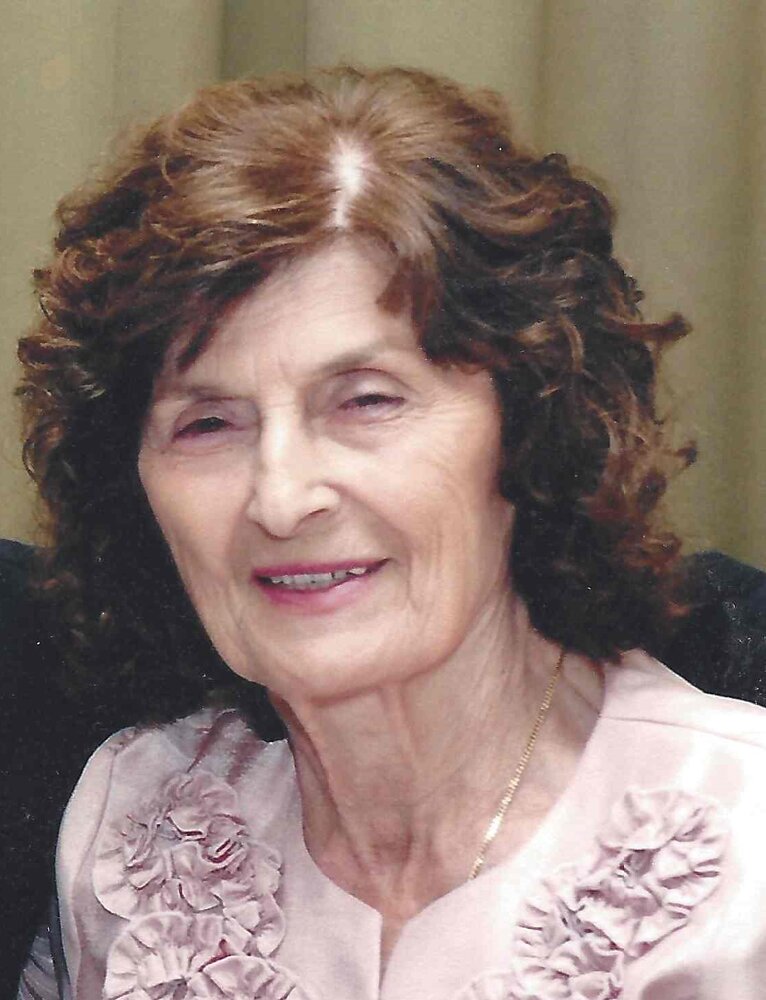 Evanthia (Papaioannou) Purkar passed away at her home with her loving family by her side on Sunday, July 17, 2022.  The beloved wife of the late Jovan, who passed away in January, she was 83 years old.

Evie was born and raised in Elaia, Messinia, Greece. She was one of seven children born to the late Anastasia and Ioannis Papaioannou.  Evie’s family experienced many hardships living through World War II and the Greek Civil War. After high school, Evie left her village to go to the city of Athens to attend nursing school. It was a courageous move for someone as young as Evie. She eventually followed some of her siblings to Australia, where she finished her studies and got her nursing degree. It was in Australia that she met Jovan Purkar.  They married in 1963 and Evie gave birth to their daughter, Maria, in 1965. The family moved to the United States in 1968.

Evie had many passions in her life, including her family, her Church, gardening, cooking, and her career. Evie was a loving and supportive wife and mother. She was always there for Jovan and Maria. They did everything together as a family unit. When her grandchildren were born, she was an integral part of their lives growing up. She helped to raise them from the day they were born and was a constant support system throughout their lives. Simply said, she was the best “Yia Yia”! She also helped to take care of her grand-dog Beau. They all traveled together with many visits back to Greece, Australia, and California to see family and many trips to Disney with the grandchildren, to name just a few! Evie was also awaiting the birth of her first great-grandchild this December.

Evie was a longtime and active parishioner of the Annunciation Virgin Mary Church in Woburn. Her faith and her Church were a very important part of her life. She helped with the annual festivals where her plant table was always a hit. Evie was one of the parishioners that helped bake the Prosphoron Bread that was served during communion.

Evie’s beautiful garden was her sanctuary. She had a green thumb and had an exceptional ability for gardening, growing plants, and vegetables. Evie was also a remarkable cook. When you entered her home, you would always smell the aroma of one of her meals or her baked goods. She could make anything, but she specialized in making Greek and Romanian dishes. All you had to do was tell Evie what food you were craving, and she would make it happen!

Evie had a long and successful career as a nurse. She started her career in the United States at Somerville Hospital, which was right across the street from her Greek church. Most of her career was spent working in nursing homes. She loved and was passionate about caring for the elderly.

Evie will be remembered as a selfless, loving, strong, and courageous woman who put her family first at all times. Anyone who was lucky enough to know Evie knew her as a kind-hearted and beautiful person, naturally radiating warmth and understanding. The lives of everyone around her were greatly improved by her constant love, generosity, and kindness. She will be greatly missed.

Evie was the beloved wife of the late Jovan. She was the loving and devoted mother of Maria Roberto & her husband Richard of Burlington. Proud grandmother of Christina Roberto & her husband Michael Dunn of Los Angeles, Julia Roberto of Burlington, and Nicholas Roberto of Burlington. Sister of Socrates Tsiotsios of Greece, Artemis Derzekos of Australia and the late Paraskevi Liakopoulos, Spiridon Papaioannou, Dimitrios Papaioannou, and Fotini Tourloupis.  Also survived by many loving nieces and nephews. A Visitation will be held at the Annunciation of the Virgin Mary Greek Orthodox Church, 70 Montvale Ave, Woburn on Monday, July 25 from 10 a.m. – 11 a.m.  concluding with Funeral Services at 11 a.m.  Burial to follow in Chestnut Hill Cemetery, Burlington. In lieu of flowers, memorials may be made to the Annunciation of the Virgin Mary Greek Orthodox Church Building Fund.  The Family requests that masks be worn during the visitation and the services.

Share Your Memory of
Evanthia
Upload Your Memory View All Memories
Be the first to upload a memory!
Share A Memory