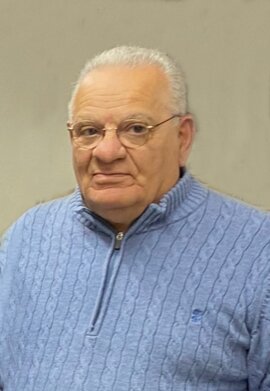 Obituary of Nicholas A Cincotti, Jr.

Nicholas A. Cincotti, Jr. a retired master plumber and member of the Plumbers and Gasfitters Local 12 Union, passed away suddenly on Thursday, August 4, 2022.  He was 77 years old.  Nick was one of four children born to Vincenza and Nicholas Cincotti.  The family lived in the North End until he was five years old and then moved to Medford.  It was a home steep in Italian traditions.  His dad, Nicholas, was Nick’s role model and the person whom he learned his work ethic.  Nick graduated from Medford High School and not long after joined the Plumbers and Gasfitters Union.  He spent over 40 years in the union working for Knoll Contracting, Sullivan Contractors and E.M. Duggan, Inc. He worked his way from an apprentice, master plumber, to working foreman.  His team knew that Nick was a wealth of knowledge and would never ask anyone to do something he wouldn’t do himself.  He never refused overtime because he knew the job needed to get done.   Like his father, Nick’s sons learned from him about responsibility, working hard, and taking pride in your workmanship.  Over the years, he worked on some amazing projects including the State Street Tower, the Ritz Carlton, the Four Seasons, the Burlington Mall, Bellingham City Jail, the Twin Towers in New York, as well as many other smaller projects all over Boston and the surrounding area.

Nick was dedicated to his family and was a loving husband, father, grandfather, uncle, and friend.    He and his wife had been married for 55 years.  The story goes that at their first meeting, Nick rescued her from a party that had gone wild.  They married on September 28, 1969.  They lived in only one home in Burlington ever since.  Nick loved to go to all the activities for his children and grandchildren including, lacrosse, hockey, gymnastics, baseball, soccer, field hockey, and dance.  He loved being a grandfather to his 7 grandchildren all of whom he adored.  He wasn’t much a traveler, but much preferred puttering around his home with being with his family.  The backyard pool was a favorite gathering spot for all.  He enjoyed working out in his basement or garage gym.  He enjoyed wood working and built chairs, cabinets, doors, elegant moldings, and countless other crafted embellishments in and around his home.  He loved maintaining his yard right up to the day he passed.  He was never one to pass up on dessert- he loved chocolate and anything sweet!  Nick will be remembered as a man with a strong work ethic, strong values, proud of all his family, and much loved by all.

Visiting hours will be held at the Edward V. Sullivan Funeral Home on Tuesday, August 9 from 4-7pm. Funeral from the Sullivan Funeral Home on Wednesday August 10th at 9am, followed by a Mass of Christian Burial at St. Margaret Church in St. Veronica Parish, www.stveronicama.org, 111 Winn St., Burlington, MA at 10am. Services will conclude with a burial in Pine Haven Cemetery, Burlington.

Memorials, in Nick’s name, may be made to the LCHAD Retinopathy Fund, https://www.paypal.com/pools/c/8M8OrhCvom.

Share Your Memory of
Nicholas
Upload Your Memory View All Memories
Be the first to upload a memory!
Share A Memory