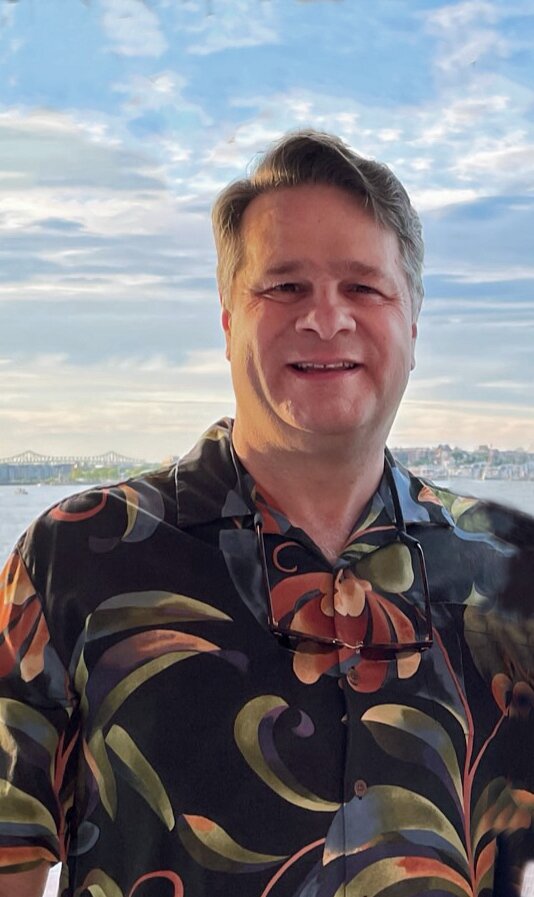 Clicking on the link (above) will bring you to our facebook page (sign-in is NOT required).  A live-stream of the funeral mass will begin shortly before 10am on Saturday, September 10th.

Mark D. Savage, a Certified Public Accountant, passed away after battling an aggressive form of cancer on Tuesday, September 6th, 2022. He was 58 years old.

Mark was born and raised in Malden to John “Larry” Savage Jr and Odilia “Tillie” Savage. After graduating from Malden High School in 1982, he went to Bentley College where he earned his degree in Accounting. He began his career at the firm of Vance Cronin & Stephenson in downtown Boston. There he worked alongside his father whom he looked up to as a mentor and trusted advisor. It was during this time that he also obtained his CPA licensure - an accomplishment he was incredibly proud of and frequently boasted about.

Mark went on to open and successfully operate his accounting firm, Mark D. Savage, CPA, on Cambridge Street in Burlington for almost 20 years where he loved being his own boss. He functioned not only as a tax expert but also as a business, financial, and personal advisor to his clients, many of whom became his friends. He was dedicated to his clients and cherished the opportunity to positively impact their lives. Mark was able to see a problem from many different perspectives, calculate the inputs, and work his way to a logical solution. He loved being a CPA, even if it meant working long hours with a limited social life and sleep deprivation during tax season.

Mark’s life revolved around his family. He and his wife Paulette met at Malden High School and were high school prom dates who married in 1988. They rented in Malden for 6 years before purchasing their forever home in Burlington in 1994. Paulette assisted Mark at his accounting firm and the two were deeply involved in their children’s lives.

Mark functioned as a coach to his children’s sports teams for many years. He could be seen on the sidelines offering guidance to his children and their teammates even when he was not a formal coach. He would coach his kids from the hockey stands through a special sign language he invented. They were mostly calls to action to be more aggressive, move their feet, or be more decisive, but signs of encouragement were sprinkled in too when needed. Mark prioritized attending all of the games, recitals, meets, and matches his children participated in, and he made his work schedule revolve around those events.

Mark spent summers on Cape Cod as a kid and continued the tradition with his own family through week-long trips to the Cape every summer. These trips consisted of days spent on Mayflower Beach, biking the Cape Cod Rail Trail, afternoon tea, frequent trips for ice cream and mini-golf, and of course, lobstering and cookouts with his childhood friend Mark Nelson. Family trips also consisted of hockey tournaments, ski trips, and Disney World. Mark and Paulette took several vacations to Europe and had many more destinations to check off during their retirement.

Through the help and generosity of family and friends, Mark & Paulette’s son, Brian, and his wife, Tara, were married at their home three days before his passing. It was important to him that he witnessed the event, just as it was important for Brian and Tara to have Mark there.

Mark had a quick wit and a big presence which caused him to be a well-connected man with many friends. He enjoyed his annual “Golf Extravaganza”, “Clueless” golf weekend, and going on trips with his Book Club friends. Mark was a huge Boston sports fan and reveled that he attended Game 4 of the 2004 World Series in St. Louis to watch the Red Sox reverse the curse.  He was a member of a golf league at the Tewksbury Country Club and enjoyed hiking and biking. One of Mark’s true passions was cooking and his family describes him as a “chef level” cook. He would recreate and improve dishes he had in restaurants as well as create masterpieces out of whatever ingredients he had on hand at home.

Mark had a great sense of humor and many catchphrases like, “everything matters” and described himself as knowing “a little about a lot”. He had a wealth of knowledge that he bestowed to all who knew him. Mark had a memorable personality that left an impression on many. He was an optimist who saw the potential in others and strove to help those closest to him achieve their goals. Mark always encouraged his children to dream big, as he accomplished many of his own dreams through hard work and persistence. There were many more dreams for the future, but he has left his family and friends with endless memories filled with laughter and love. Mark’s memory will always bring a smile to their faces.

Visiting hours will be held at the Edward V. Sullivan Funeral Home, 43 Winn St., Burlington on Friday, September 9 from 4-7pm. Funeral from the Sullivan Funeral Home on Saturday, September 10 at 9am, followed by a funeral mass at St. Margaret Church in St. Veronica Parish, www.stveronicama.org, 111 Winn St., Burlington at 10am. The interment will be private.

Share Your Memory of
Mark
Upload Your Memory View All Memories
Be the first to upload a memory!
Share A Memory