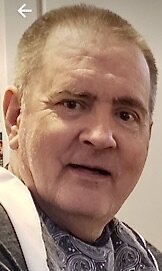 Paul Storrs Anderson passed away on Oct 22nd. Paul grew up in Burlington, on Woodhill Rd where he loved playing baseball and ice hockey with neighborhood friends. He also played in Little League and Babe Ruth, igniting a lifelong passion for the Red Sox and the game of baseball. Paul graduated from Burlington High School in 1970 and later enlisted in the the Army earning the National Defense Service Medal.  On his return from overseas, he worked at Stop & Shop Corp. for some years before earning a degree in Business from Salem State University, an accomplishment of which he was very proud.  Following this, he co-founded Accurate Landscape - Design and Construction serving the Boston area. During those years he got involved in the Boston area Men’s Softball League. He was very proud when the team he managed, “Accurate Landscaping”, won league champions three years in a row.

Paul retired after a debilitating stroke, surprising doctors, and therapists by overcoming many obstacles to be able to live independently with caregiving help until 2021. During those years, he became a proud member of Fellowship Bible Church in Burlington. He attributed his renewal of faith in God and investment in prayer as significant to getting through his health challenges. Paul passed away at Westford House Nursing & Rehab on Oct 22nd at the age of 69. He will be especially missed by his sister Carol Anderson and family of Wilmore KY and his very dear friend Melissa Firicano of Townsend, MA. He will also be missed by his nephew Zachary Shores to whom he introduced the world of heavy metal music and in-depth conversation about the’80s.He also leaves a sister Karen Peterson and family of Milford, MA.  Paul was the son of Donald & Helen Anderson of Burlington Ma.

A memorial service will be held at Pine Haven Cemetery Chapel, Bedford St., Burlington, MA on Tues. Dec 6th at 10:30 a.m.  Services will conclude with burial and military honors.   Donations can be made in Paul’s name to www.peoplehelpingpeopleinc.org