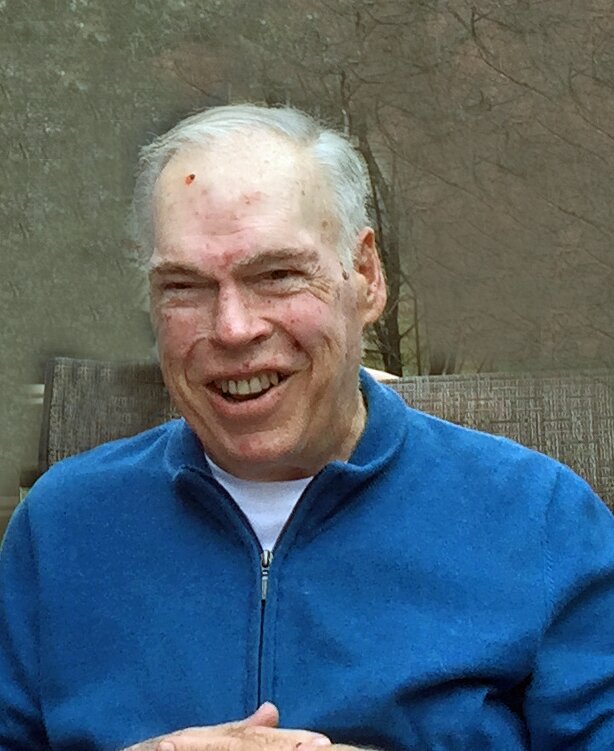 Click on the link (above) to connect to our facebook page (sign-in is NOT required).  A livestream of the funeral mass will begin a few minutes before 10am on Saturday, December 31st.

William A. Curtin, Jr. passed away at the Massachusetts General Hospital on Tuesday, December 27, 2022. The beloved husband of Monica (Maroney) Curtin he was 82 years old.

Bill was born in Cambridge, MA. He was one of three sons born to the late William A. (“Jake”) Curtin and Louise McKenna Curtin.  Bill was a graduate of Somerville High School where he excelled in the classroom and was a standout, three sport athlete. He spent much of his youth playing baseball, basketball and football at Dilboy Field in Somerville. He was very active in his parish’s CYO league and the Somerville recreation department. After high school he went on to Boston College. Bill carried the Jesuit philosophy and education he received at BC throughout his entire life. Following graduation, he faithfully served in the United States Marine Corps. After the service he attended the New England School of Law at night.  He received his law degree and went to work for Royal Globe Insurance Company as managing attorney, retiring after 40 years of employment.

Bill met a young schoolteacher named Monica Maroney in 1967. They married in August of 1969 and settled in Burlington where they would raise their two children.  Bill was very involved in his children’s activities when they were young. He coached Sean in baseball and Colleen in softball. He was always present for all the events in their lives.  As a family they enjoyed summer vacations at their home in Popponesset on Cape Cod.  In recent years his life was filled with the blessings of five grandchildren.  He was proud of all their accomplishments and never missed any of their activities or sporting events.

Bill and Monica had a wonderful life together.  During their retirement years they would spend winters in Naples, Florida.  They took memorable trips to Italy, Paris and Ireland to name a few.  Bill was an avid golfer and a longtime member of the Winchester Country Club where he and Monica formed lifelong friendships.  He enjoyed playing golf, but it was much more the camaraderie and time spent with friends on the course (and occasionally in the 19th hole!) in which he took the most pleasure.

Bill cherished his time with friends and family, most especially with his grandchildren. They (and everyone else) would all agree, nobody could tell a joke like Papa…and, even if it wasn’t a particularly funny joke, you always found yourself laughing.

Bill was a devout catholic and his faith was a cornerstone of his life.  He was a longtime member of St. Margaret’s Church in Burlington.  Bill faced several health challenges in recent years, but he never let it get him down or define him.  He had an incredible upbeat sense of humor and positive attitude. Bill truly was the epitome of the expression “the glass is half full” – always thinking about the good things in life!  The Curtin family would like to sincerely thank the staff at the Cardiology Department and staff on Ellison 8 at Mass General Hospital for all the wonderful care they provided Bill throughout the years.

Bill was the beloved husband of Monica J. (Maroney) Curtin.  Loving father of Colleen (Curtin) Hickey & her husband John of Franklin, MA and Sean Curtin of Burlington, MA.  Proud grandfather of Katie & Dan Hickey and Caroline, Will & Sam Curtin.  Brother of the late Donald and Richard Curtin. Father-in-law of Kristin Curtin of Burlington.

Visiting hours will be held at the Edward V Sullivan Funeral Home, 43 Winn St., Burlington on Friday, Dec. 30 from 4-7pm.  Funeral from the funeral home on Saturday, Dec. 31 at 9am, followed by a Mass of Christian Burial at St. Margaret Church, in St. Veronica Parish, 111 Winn Street, Burlington, MA at 10am.  The burial will be private.

In lieu of flowers, memorials in Bill’s name may be made to the Salvation Army www.salvationarmy.org or the charity of your choice.

Share Your Memory of
Bill
Upload Your Memory View All Memories
Be the first to upload a memory!
Share A Memory