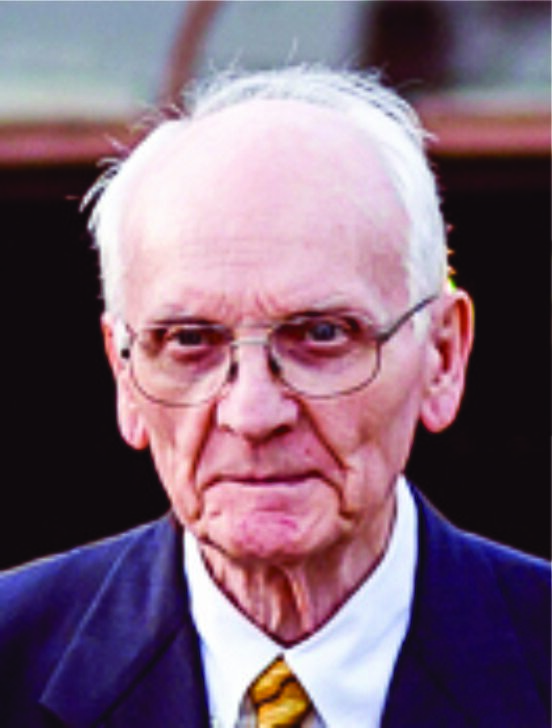 Don was born to Norwegian-American parents, Oscar & Elizabeth Johnson in Havre, MT on June 1, 1937. He was pre-deceased in 1999, by his wife, Joyce Shope Johnson , artist and mother to their five creative children. Don and Joyce married in 1956 at the Episcopal Cathedral in Helena, MT, where Joyce grew up.

His second marriage in 2001 was to Margaret (Meg) Buckley Wiggins, mother of the late Doug Wiggins and Karen Wiggins Corliss.  Don and Meg enjoyed travel and being grandparents to 14 in their large combined family after moving to Westford, MA. He lost Meg to cancer in 2007.

Don grew up in Havre, MT, brother to his late sister, Lenore. Don was an Eagle Scout and played football in high school and college. Attending Montana State College in Bozeman, MT he studied electrical engineering and was active in ROTC. Before he graduated with a degree in electrical engineering, he married fine art major, Joyce Shope, of Helena, MT and was a father of two.

He served his country for three years in the Army.  At Fort Benning, GA in 1960 Don began training as an Infantry Officer, along with Airborne and Ranger training. Following that, he was stationed with his family in West Germany, as part of the 1st Armored Rifle Battalion, 4th Infantry Division, during some of the tense years of the Cold War.

Their third child, Leslie, was born in Germany in 1961 with a congenital heart problem that kept her in the Army Hospital in Heidelberg for most of her first year. In early 1962, the Army moved Don and family to Colorado Springs, Colorado. Leslie underwent successful heart surgery at Fitzsimmons Army Hospital in Denver. Don was assigned as Brigade Communications Officer in the 1st Brigade of the 5th Infantry Division (Mechanized) at Fort Carson near Colorado Springs.

After military service he moved his family to Burlington, MA in 1962. Don was hired to work at MIT Instrumentation Laboratory and later Charles Stark Draper Laboratory as an electrical engineer for 25 years. He was involved in the design of electronics and test systems for inertial guidance and navigation systems. One project the team was working on for 10 years, measured smallest forces of gravity to integrate into defense systems. His children recall hearing about the “Gravity Gradiometer” project at the dinner table. It was difficult to explain to young children – they knew just that much of what Dad did at work every day.

He earned a masters degree in electrical engineering at Northeastern University in 1967. He retired after 2005 as Vice President of Electrical Engineering at Alphatech, in Burlington. Alphatech specialized in the development of advanced algorithms and software for command, control and communication systems.

Don and his family enjoyed road trips to visit family in Montana and camping in Vermont. Handy with tools, after growing up around his parents’ Havre, MT electric and hardware business, he built an addition to his house in Burlington. He also helped his son, Steven, build his house in Westford, MA.

He enjoyed skiing, tennis and golf along with years of white water canoeing and hiking. He and Joyce raised their family in the Episcopal Church, St. Mark’s of Burlington, with Don serving as a church schoolteacher and warden. Don and Joyce were active in the Civil Rights Movement of the 1960s. In 1965 he joined Martin Luther King, Jr., and thousands of non-violent activists in the second Selma-to-Montgomery Civil Rights March in Alabama.

He was an avid reader and a volunteer in the Westford Library. He spent many of his later years as a watercolor artist and became a volunteer and a member of the Westford Parish Arts. He had many pets during his life and spent his last years in the company of his beloved dog, Ellie and his sweet cat, Yancy.

He will be dearly missed and remembered by all as a kind, generous and hardworking family man with a calm demeanor and a clever sense of humor.

Memorial donations in Don's name may be made to Alzheimer's Assocation www.alz.org