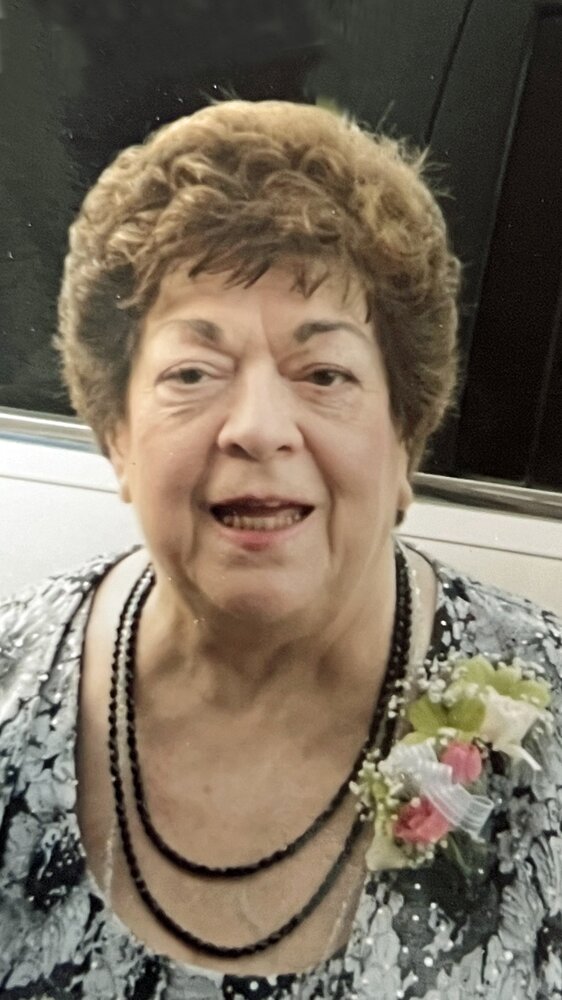 Click on the link (above) to connect to the funeral home's facebook page (sign-in is NOT required) to view a live-stream of the funeral mass.  Live-stream will be available a few minutes before 10am on Monday, January 23rd.

Anne Shirley Beek, a retired clerk for the Town of Burlington passed away on January 14, 2023 from injuries suffered in a motor vehicle accident on Christmas night.  She was 80 years old.  Shirley was born in Stoneham.  She was the daughter of Clifford and Anna Robinson.  Clifford tragically passed when she was just 2 years old.  Her mother eventually married Charles Foley and he was instrumental in Shirley’s upbringing.  The family would grow with the birth of two more children. The family settled in Woburn.  Shirley was educated in Woburn and graduated from St Charles High School.  Shirley had her first date with her future husband Charles Henry Beek in February of 1961.  They married in 1963 and purchased their forever home in Burlington in 1964.

In her earlier years Shirley worked for Jordan Marsh and then Wilshire Company before taking a clerks position in the accounting department for the Town of Burlington.  She enjoyed the work and the many friendships with coworkers formed during her many years there.  After retiring from the Town Hall you could find Shirley working the Burlington voting and volunteering at the New England Rehabilitation Hospital in Woburn. Shirley was a strong self-sufficient woman and taught her three girls to be the same, she wasn’t afraid of shoveling but was also no stranger in having fun assisting the girls in creating snowmen and forts. Shirley was an avid reader, she was also gifted in the art of knitting and crocheting where she made countless mittens, hats, blankets, baby hats and sweaters. Her greatest joy was her family.  At family events, she was the first to arrive and the last to leave.  She never was the center of Attention, but much preferred finding a spot where she could soak up her family having fun together.  She felt blessed to have such a close family.

Shirley did have an allure for travel.  All she needed to hear was the words “trip or outing” and she was packing her bags for her next adventure.  It could be a simple dinner with her grandkids at Casablanca or a day trip to Brown’s in Seabrook for seafood.  She enjoyed heading north to New Brunswick Canada to visit family or south to spend a few days on Cape Cod. To the elaborate cruises to Alaska, British Columbia or the Caribbean. On these trips, she enjoyed the gourmet meals, the beautiful sights but especially the company of her beloved sister. She would absorb the little details down to the cutlery. No matter the destination, she loved the experiences, the excitement, meeting new friends, and the memories and stories to be shared with her family.

Shirley was the beloved wife of the late Charles Henry Beek. She was the loving mother of Karen May & her husband Russell of Billerica, Krissy Sorenson & her husband Jim of Billerica, and Barbi Scola & her husband Stephen of N. Billerica.  She was the devoted sister of John Foley & his wife Trinda of N. Stonington, CT, Elaine Sutton of Woburn & her late husband George, and the late Barbara Sartain & her late husband Patrick.  She was the extremely proud grandmother of Christian “CJ” May, Courtney Ricci, James Michael Sorenson, Cassidy Sorenson, Stephen Scola & his wife Ashli, Adina Scola, and Nicholas Scola.  She was the great grandmother of Adriana Ricci, Jarrett Ricci, Dominic Leggeri, and Henry Scola.

Visiting hours will be held at the Edward V. Sullivan Funeral Home, 43 Winn St., Burlington on Sunday, January 22 from 3-6pm. Funeral from the Sullivan Funeral Home on Monday, January 23 at 9am, followed by a Mass of Christian Burial at St. Margaret Church in St. Veronica Parish, www.stveronicama.org, 111 Winn St. Burlington at 10am. Services will conclude with a burial in Woodbrook Cemetery in Woburn.